The Pyramidenkogel – a very popular destination. 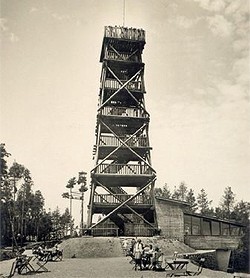 The new viewing tower, a 54 meter high reinforced concrete construction with three platforms was constructed from 1966 to 1968 and the ceremonial opening took place on the 1st of May 1968. An elevator took the visitors to the first viewing platform which was in 43 Meter high. The other two platforms, which were smaller ones, could be reached by staircases. Thousands of visitors enjoyed the amazing panorama over the Wörthersee, the Karawanken Mountains and over mostly all regions of Carinthia. 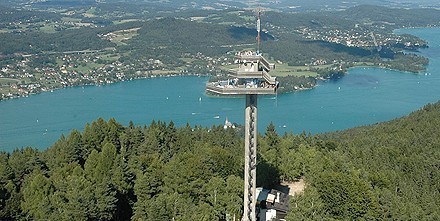 On the 12th of October in 2012 the symbol of Keutschach was blown up. Immediately after that they started with the building of the new viewing tower, which consists of a wood-steel construction. With an impressive height of 100 meters the viewing tower became the new symbol of the community Keutschach  and till today it happens to be one of the most popular and most frequented places of excursion. A special feature for visitors of all ages is the 120 meter long slide inside the tower with a „photo trap“. 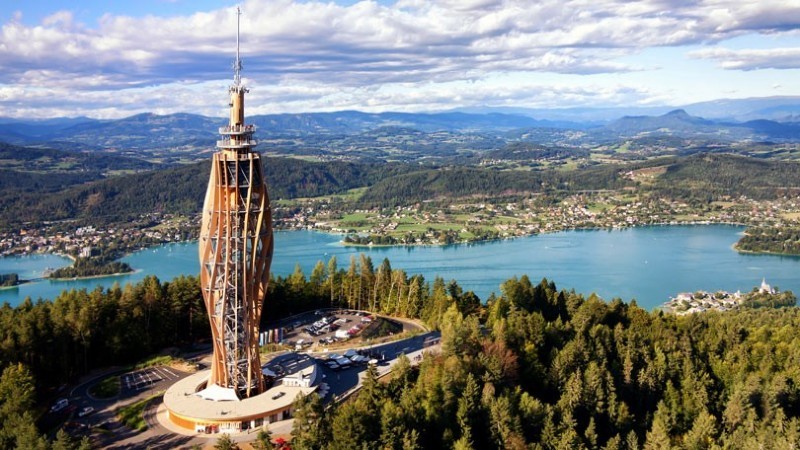 ENJOY THE INCOMPARABLE VIEW OVER CARINTHIA

welcome to our homepage

Your Restaurant at the Pyramidenkogel